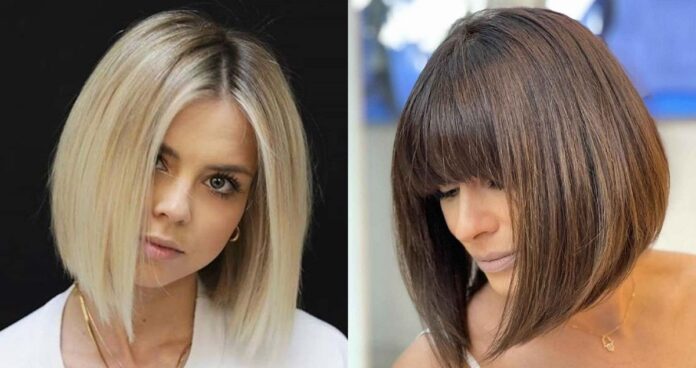 Bob hairstyle has been a part of the latest hairstyle trends for quite some time now. It has been a favorite amongst celebrities. So many of them are chopping off their long luscious manes for a shorter and trendier bob hairstyle.

Bob hairstyle is already been one of the biggest hair trends of the year.

To give you an ample amount of inspiration, we searched the highs and lows of the Internet to finally come up with a list of the 25 best bob hairstyles and haircuts. 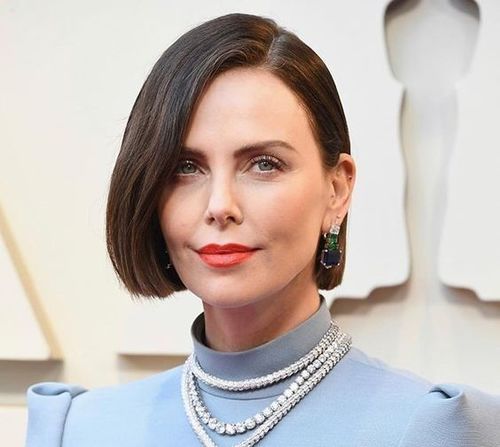 Charlize Theron debuted her new bob hairstyle on the Oscar red carpet this year. It was an all-in or all-out kind of a deal with her and Charlize decided to go all-in with the bob hairstyle trend. She styled this uber short jaw skimming bob by tucking it behind her ear on one side to show off her beautiful facial features. 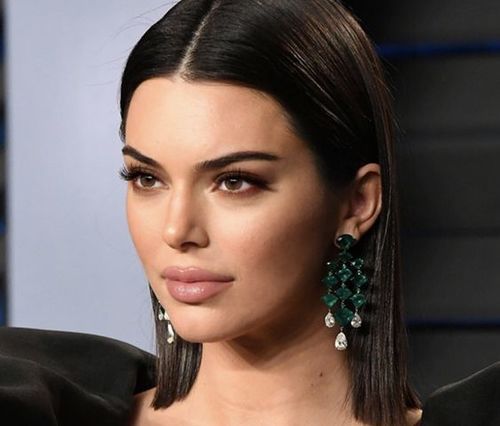 Kendall’s shoulder skimming bob hairstyle is simple, straight, chic and gives out a grown up look. 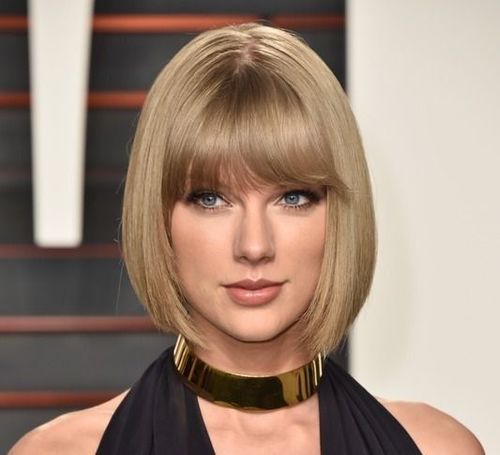 There is no dearth of bob hairstyles with bangs if you go looking for them. But our source of inspiration for a bob hairstyle with bangs will always be Taylor Swift. Her chin length bob with front bangs looks edgy and chic.This is one of the best taylor swift hairstyle for getting a dramatic look. 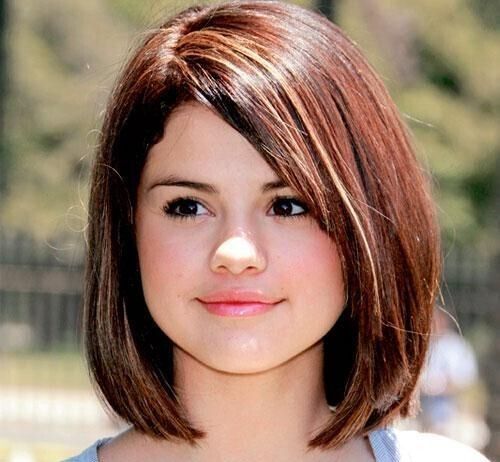 4. Bob Hairstyle For Round Face

Yes. Selena Gomez tried a new A-line bob haircut and looked absolutely gorgeous. Her classic bob hairstyle is one of the best bob hairstyles. If you are looking for a bob hairstyle for round face and are not sure about going too short, go for the A-line Bib haircut like Selena. 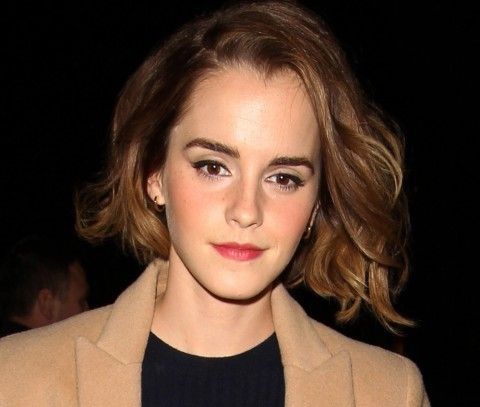 Emma Watson has chopped off her Hermione Granger hair for a layered asymmetrical bob hairstyle. The loose waves give her a very soft, feminine, I-can’t-be-bothered-look. 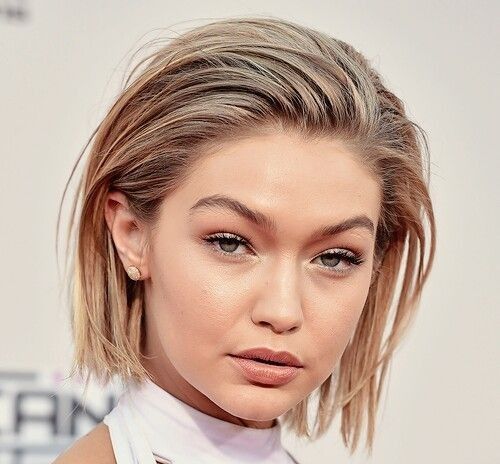 Gigi Hadid threw a major transformation at us when she got this chic choppy bob hairstyle. She looked absolutely hot in her white cut-out gown and the swept back bob. 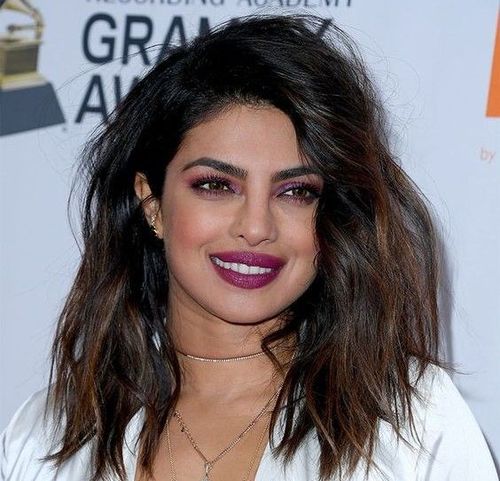 Even Priyanka Chopra couldn’t stay away from the trend of bob hairstyles. She however, did not go for a major chop-off. Instead, she chose a longer version of the bob hairstyle aka the lob. The quantico girl Priyanka Chopra looks ravishing in her textured long bob haircut. This look is chic trendy and on point. 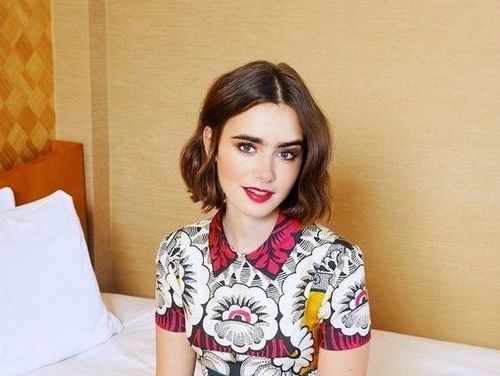 Lily Collins in her asymmetrical bob hairstyle with S-shaped waves looks very soft and feminine. The small waves are adding texture without creating too much volume. 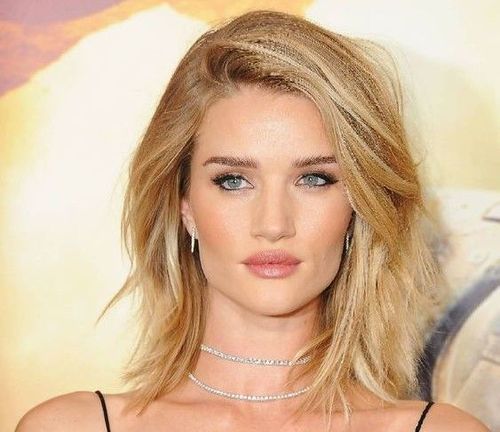 If you want edgy bob hairstyles for fine hair, then let Rosie lead your way. Her choppy long bob is picturesque. It is a perfect bob hairstyle for thin hair which can also make your hair look voluminous. The choppy pieces like in Rosie’s bob hairstyle will serve your purpose. 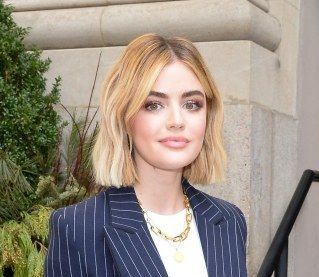 The Pretty Little Liar star has been sporting the bob hairstyle for many years now. She keeps on taking it up a notch by changing the color and the cut. But the bob stays. She styled this one with a sleek center parting and S-shaped waves. 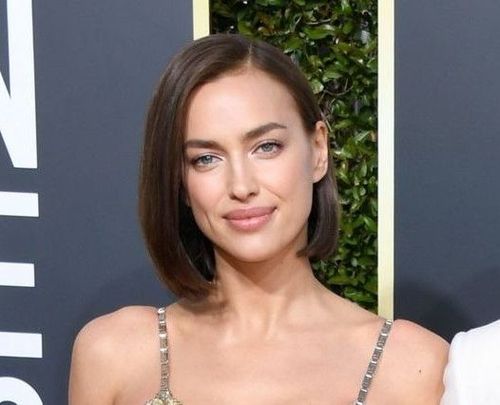 Model Irina Shayk’s transformation has been slow and gradual. She is going shorter and shorter. And this one is apparently her shortest. Miss Shayk’s razor sharp sleek bob has left us with heart eyes. She tucks her hair on one side to bring out the most of it. 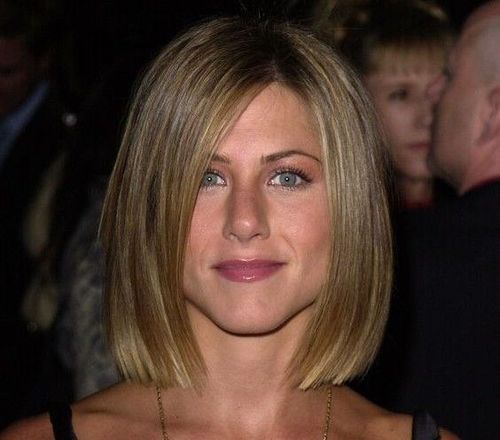 We absolutely love Jennifer Aniston’s straight blunt bob which she showcased at people’s choice awards. She carries her bob hairstyle pretty well and keeps experimenting with her hairstyles. 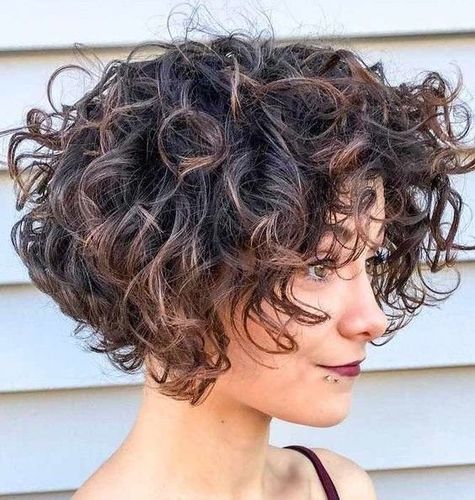 Who said best bob hairstyles are only for straight hair? If you have a head full of curly hair, then let your curls go wild with a bob. To avoid looking like the famous comic book villain Juggernaut, get shorter hair in the front and then increase the length towards the back. 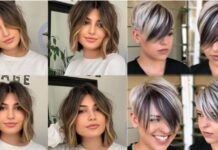 47 Current Ideas of Most Flattering Short Hairstyles for Round Faces 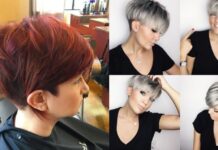 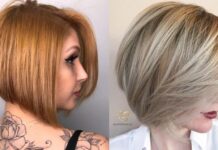 38 Classy Short Haircuts of the Season

28 Haircuts For Women With Bangs

23 Awesome Summer Cocktails for a Crowd